The Push and Pull Technique and Method – Steal my Lines 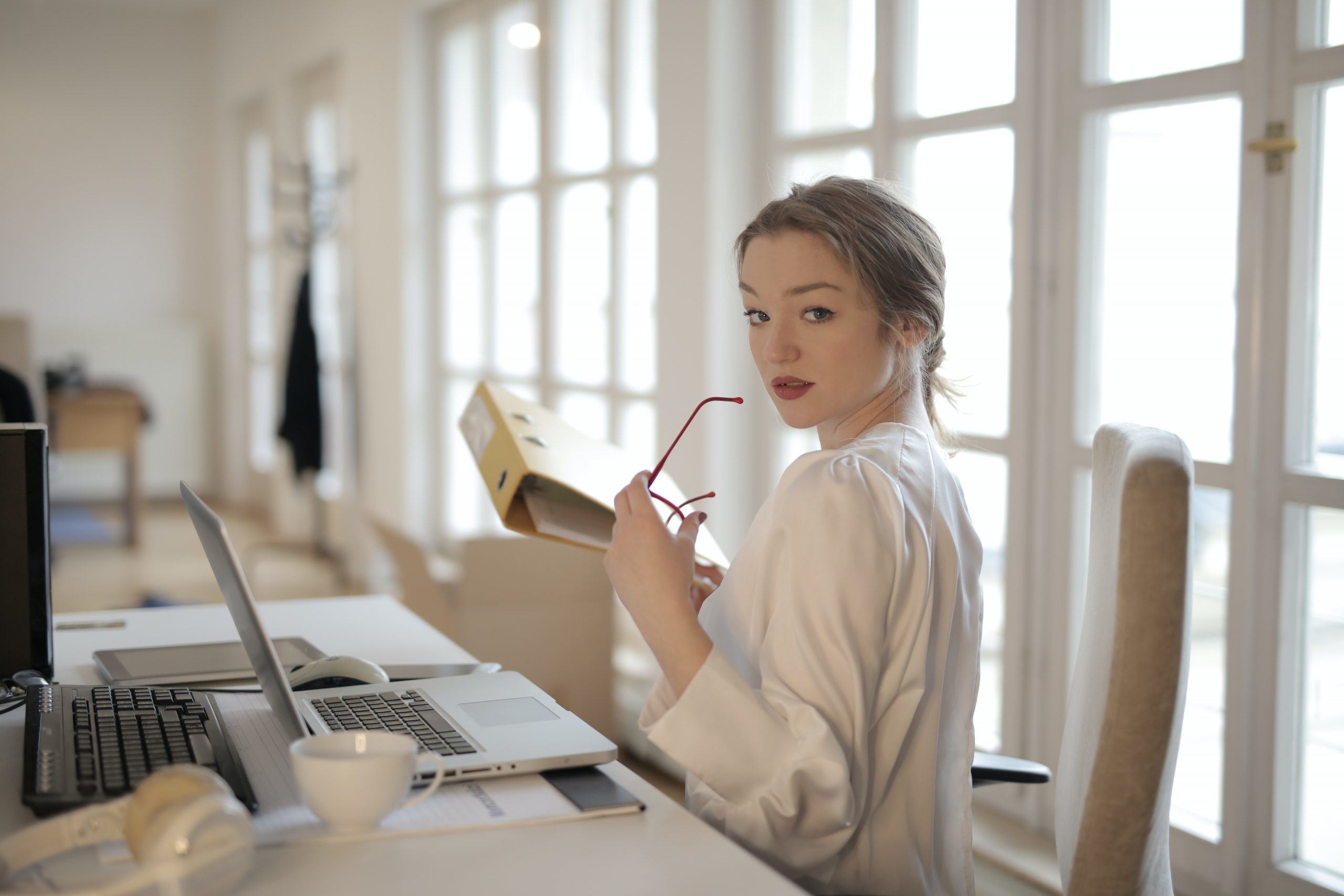 The push pull technique is an old and OG concept that arose from the old school pick up artist community. The idea of push and pulling simultaneously is to create interest and ambiguity that women find attractive. It can be expressed verbally or non-verbally. You can “push” by demonstrating more attention and interest. You can “pull” by disqualifying yourself as potential partner.

There are different degrees of push and pulling. You can do it verbally, non verbally or a combination of both. If you wish to use it effectively, then understanding when you need to push and when you can pull is going to contribute a lot to your success. If you do it right, you can even get women to push on you hard.

Yes, push and pulling is an effective framework for beginners to understand the dynamics of flirting. In theory, you push if she’s pulling, you pull when she’s pulling. You can also implement lines that ‘push and pull’ as a means of teasing. I used to think that you only need ‘passive attraction’ to get women to be attracted to you. However, I take a middle ground these days, by actively implementing push and pull lines/ methods, you can make things happen in your interactions. 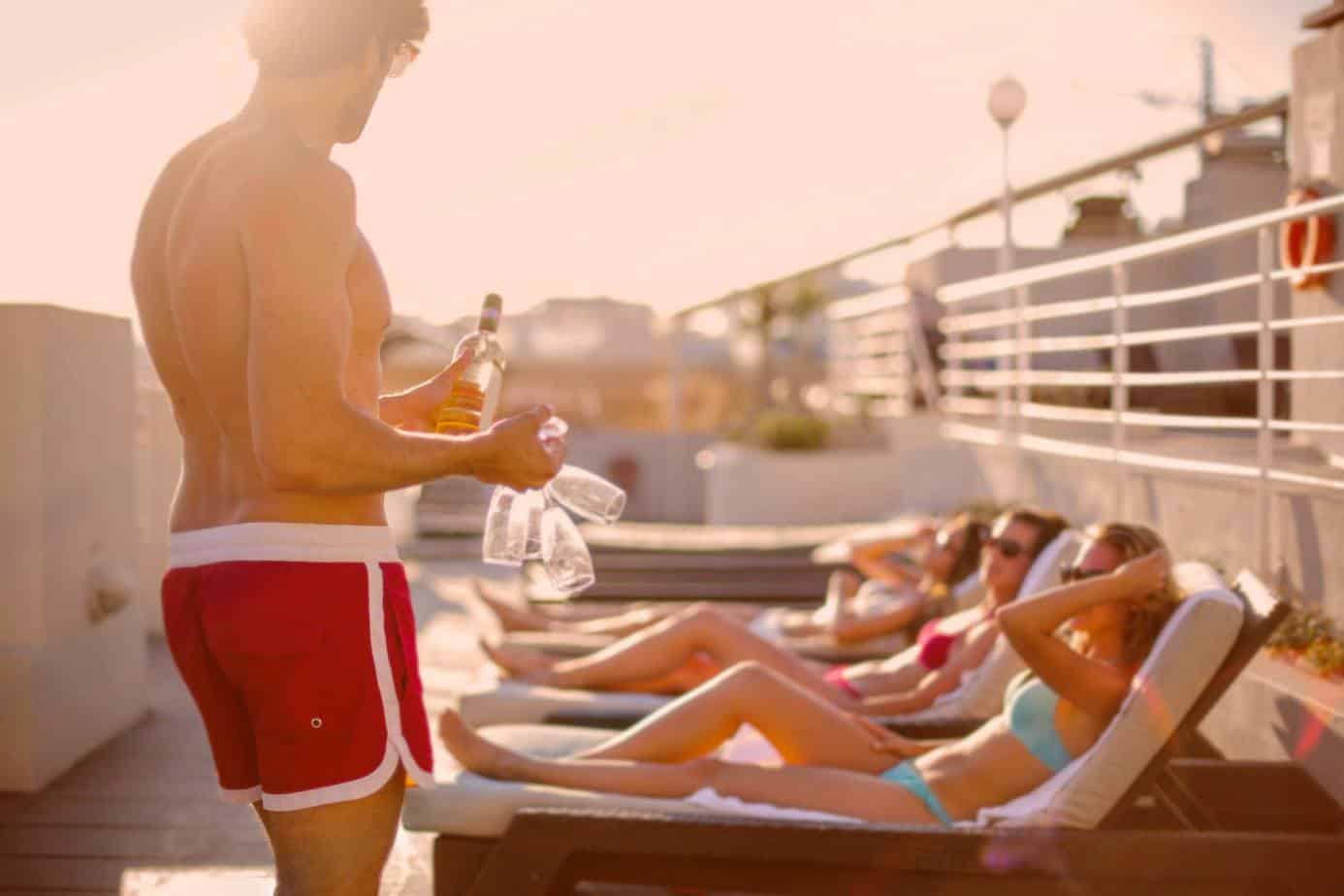 In general, you should always be pushing and pulling simultaneously. You only push when you feel you’ve pulled too hard and you don’t want to lose the interaction. If you think of interactions on a power scale, pushing gives up power and pulling successfully gives you more power. If you’re only demonstrating interest outrightly, you’re telling her that she can have you at any time. This is why that, in general, you should be demonstrating intent whilst disqualifying yourself at the same time. This way, you’re ‘balancing the power scale’ as much as you can.

The Push Pull Method: Understanding Where You Stand in Her Eyes

The ‘power scale’ is a means of understanding where you exactly stand in any interaction with a woman. Is she interested and should continue to push and pull? Or are you pushing too hard and you need some investment from her end (and you need to pull). Or is she already interested and you can pull to generate even more investment to get her to chase? 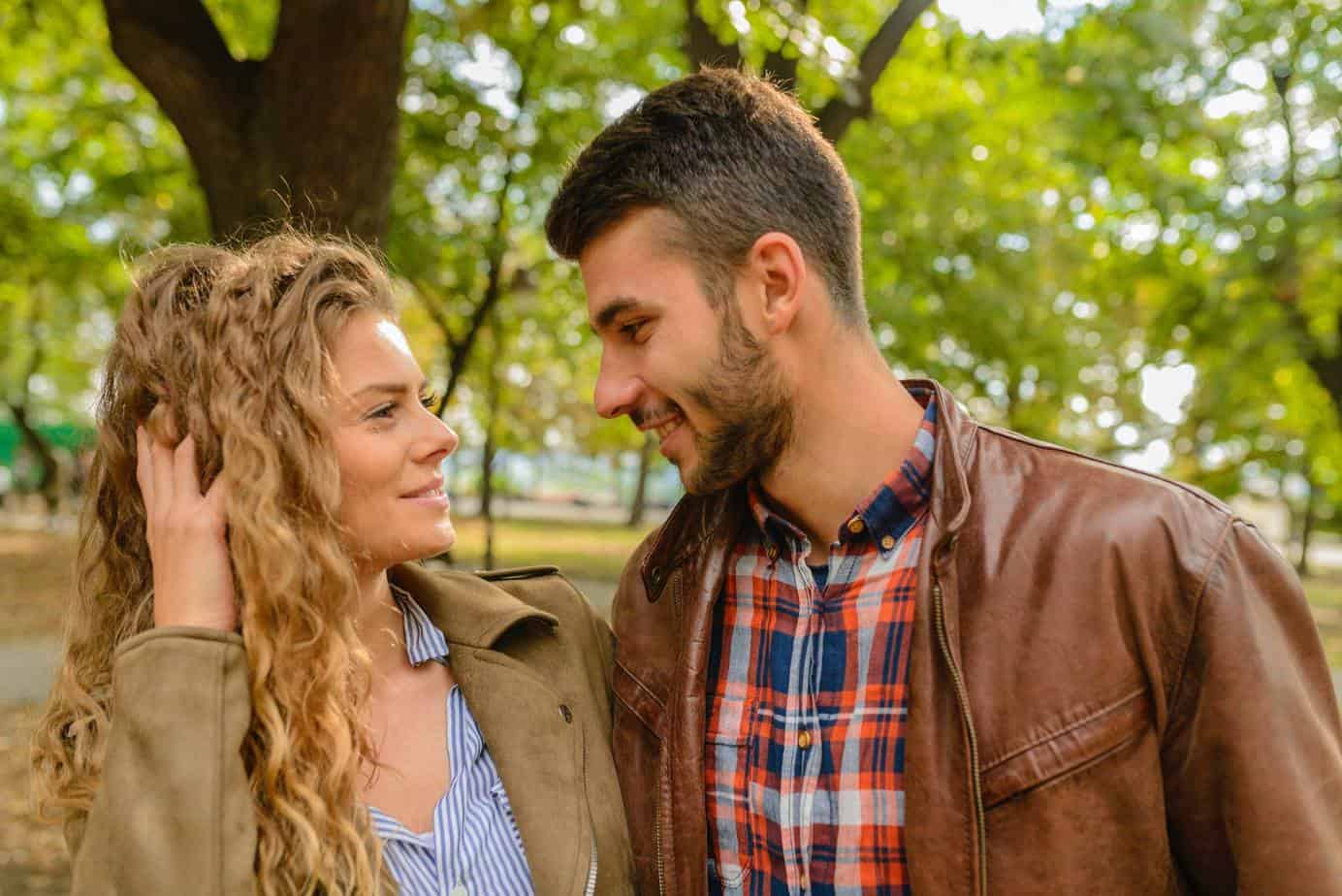 Teasing a girl one of the most effective and easiest manner to demonstrate interest and flirt. In theory, just about any cheeky tease can be considered a push and pull. A tease is negative verbally. However, it’s a positive non verbally. Hence, it’s a ‘push pull’.

Think about it, you only tease your old friends. You tease them ‘negatively’, for example, for their childish or slobbish behaviour. However, you also do it as a means of affection. They are alright with it, everybody laughs and it leads to further bonding.

There are lines you can use in text and/ or in person:

“You’re so adorably annoying”
“You look interesting” (ambiguity, what the hell is interesting? Is that good or bad? This implies a push pull)
“You were attractive until you said X”
“That’s a great looking dress, I’m not too sure about the shoes though”
“We totally should not be doing this” (done whilst escalating physically on her)
“You’re so hot, but thankfully I’m a moral rock ;)”
“We should totally grab coffee, provided you’re not a psychopath”
“I should totally take your number, provided you’re not a secret psychopath that’s going to text 27 messages past midnight”
“Aw, you are ridiculously adorable”

How to Push Pull Physically

There are ways to push and pull whilst flirting physically. This is what pick up artists call ‘calibration’.

You can show direct interest with direct body language and attention (push) and then disqualify using negative body language (pull) and alter them to different degrees depending on where you are at in the interaction.

You can push pull by escalating physically but disqualify verbally.  Saying “I should not being doing this” whilst you’re making out with her is a push pull.

Taking her to your place and saying outrightly that you’re going to kick her off your bed, is a somewhat a push and a pull. You’re pushing for sex and simultaneously disqualifying. Groping her intimately and then saying you are “not suppose to be doing it” is a push pull. In this example, push pull can be used as a means to set the right frame for sex to ‘just happen’.

Using push and pull physically can be as simple as flirting with her physically (increasing the frequency of touches) and then suddenly dropping it (using negative body language), then escalating it and dropping it. Push pull ultimately can be used as a means to build sexual tension. 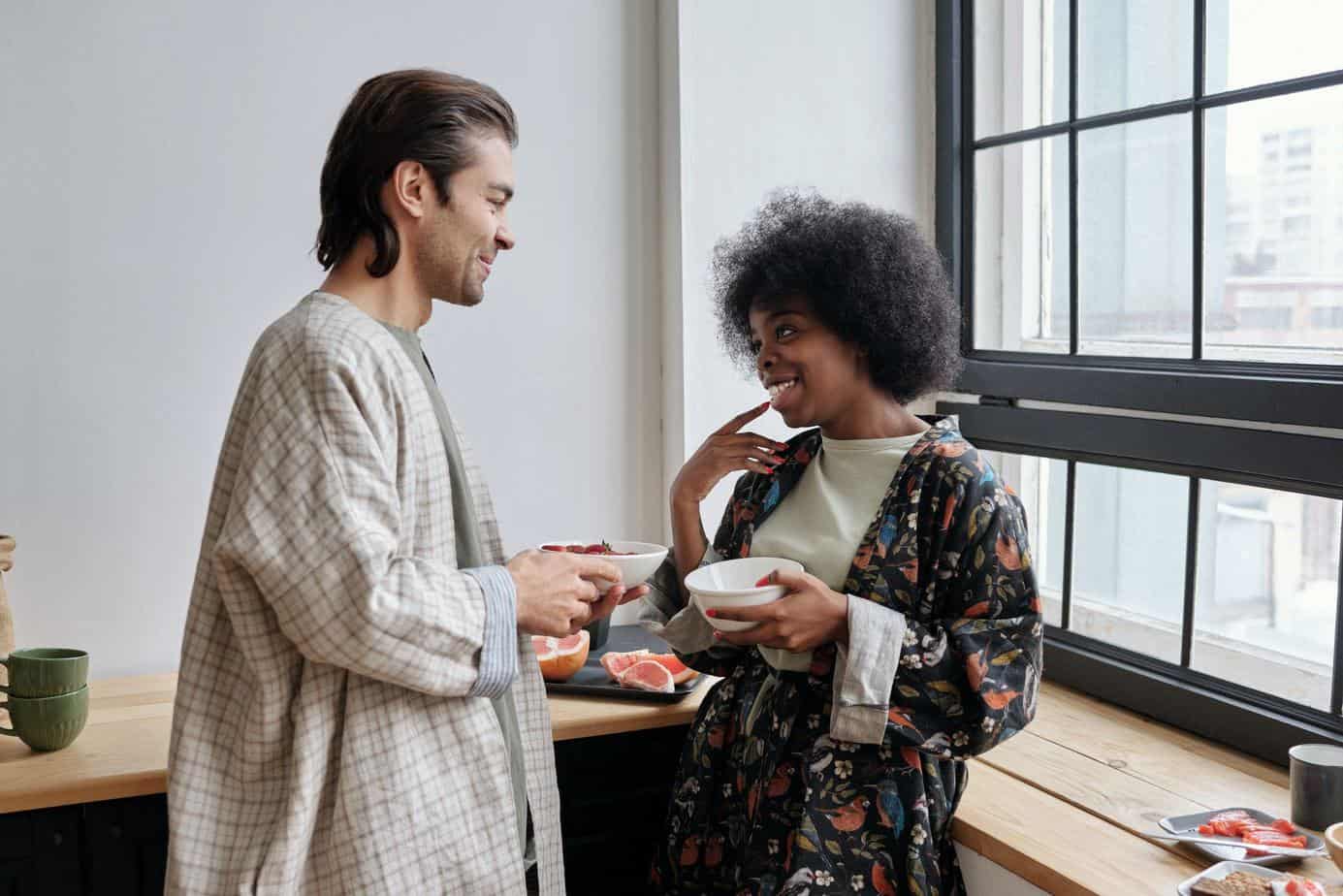 How to Get Good at Push and Pull Naturally

So, how can you push and pull in the moment without relying on memorising lines? To get good at pushing and pulling, you need to get good at the art of improvisation.

This means taking an interest in language and appreciating comedy. You can take up stand up comedy classes, watch comedians on Youtube or take up improv classes. There are improv tools on the internet where they generate random words and you’re forced to improvise off that.

I started bettering my conversations by taking joining improv classes and sooner or later push pull became natural to me. There’s also no need to go crazy on this. In the most fundamental manner, teasing a girl is the most basic push pull. You’re saying something negative but your intentions are positive.

However, there are limitations. I used to over rely on wit and came off sarcastic in my interactions. You cannot rely on words alone. In the art of seduction. You need guts. Yes you can calibrate. (if you see her feeling uncomfortable with your advances, you reel back with a ‘pull’). However, there’s no technical replacement for taking genuine risk in your interaction. You can’t push and pull your way into kissing her. Kissing her is mostly a matter of just pulling the trigger.

Furthermore, just relying on push and pulling is a horrendous manner to build a genuine and deeper connection. You need to have other conversational skills outside of teasing and coming up with witty push pull lines. Furthermore, you and I are all here to have awesome relationships with women, it’s not about proving who’s more quick witted. 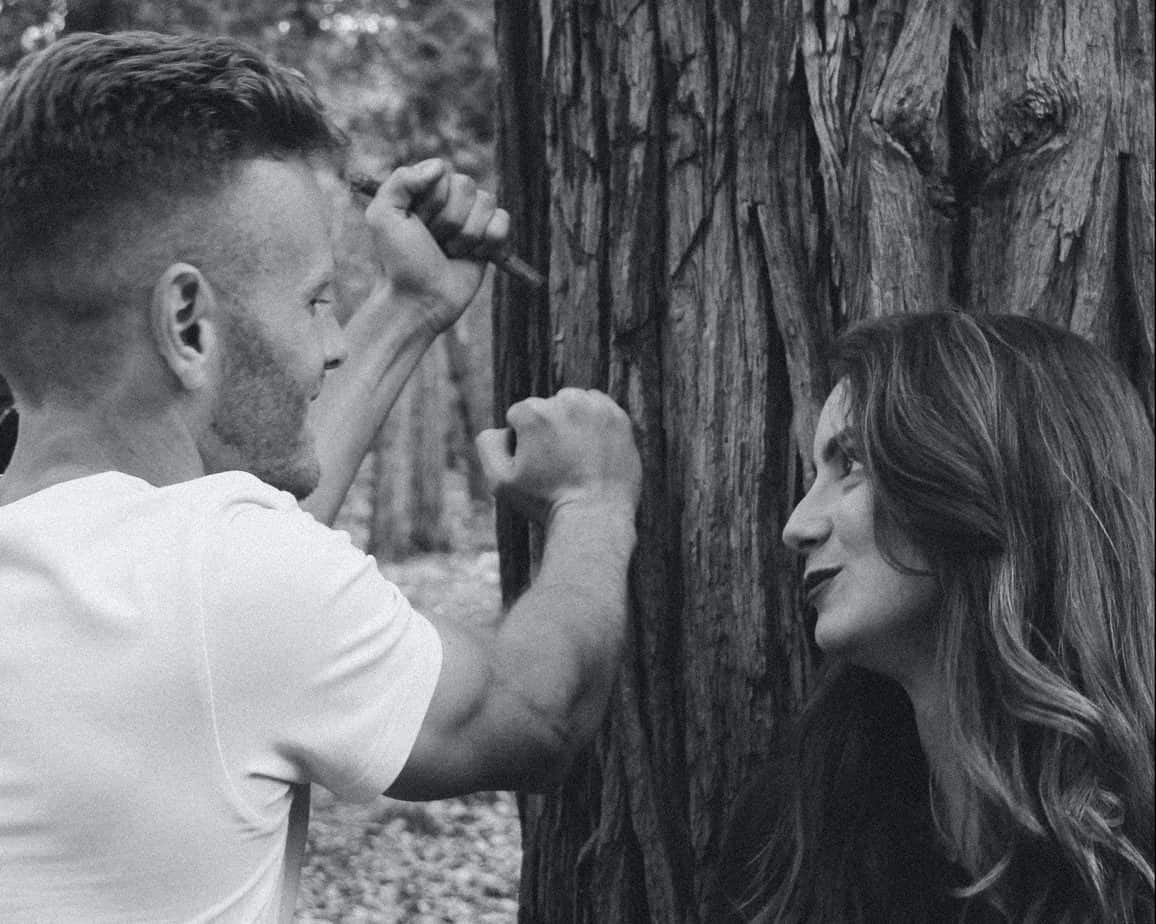 Understanding the push pull dynamic and how to implement the lines are only about 10% of the entire equation. These days, I only use them as a means as an end, as a means to spark attraction or generate and interest. I always tell my dating coaching clients that I don’t really pay attention to memorizing lines consciously because once you get good at improv, teasing and flirting comes naturally to you. However, nonetheless, it’s a good model of understanding where you stand in a relationship.

There are many other facets to generating grounded, lasting attraction such as being able to connect on a deeper level to attempting to better your life. You can’t replace and attractive identity with only push and pull lines.

Hey,
I recently met a woman, went out with her the first time and made out HARDCORE. The only reason we didn’t have sex is because she had JUST gotten her period that day. So we went out a week later and pretty much didn’t sleep the entire night if you know what I mean. Since then, we sext, we text, but we haven’t met up again due to complications in both our daily schedules. She’s leaving the country for a few months so I’d like to keep myself in her head and thoughts so that she misses me and wants me more and more. Any advice you can give me would be amazing.

Hi Dave, thanks for your comment. I’d advice you stay patient and keep up the frame. However, stay sharp and try to make things happen as well. Some times, logistics make it impossible (especially now during covid). All the best. 🙂

That’s the point of pushing and pulling. Showing interest and not “pushing her away’ at the same time.

Previous Post The Madonna Whore Complex – Women Lovers and Haters Next Post How does Tinder Work For Guys – Do You Need Tons of Matches?