Learning how to tease a girl is an effective strategy to take your interactions from a social one to a romantic or sexual one. It’s a necessary skillset of modern dating. If you want to be competent in your dating life, learning how to tease a girl is a key skill. The reason why teasing is effective is because it implies a kindred bond between you and her. Old friends tease each other all the time. Teasing be ‘offensive’, but it also implies a bond between two people. Teasing done right is demonstrating your intentions without out rightly saying it. Teasing also adds in sexual polarity your romantic interaction. 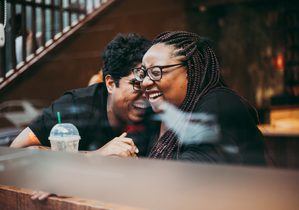 Taking care of yourself, dressing well and demonstrating direct interest to girls can yield you results. However, it is not going to take you all the way. From personal experience, many women aren’t ready or able to receive direct compliments or direct romantic interest. They may even feel awkward if you express interest directly. This is why teasing and making jokes helps ease the interaction.

Furthermore, teasing done right, can demonstrates that you’re ‘of equal or higher’ social value than her. It sets a romantic precedent in the interaction. You aren’t just being a funny individual, you’re setting a precedent a potential romantic outcome in your interaction.

How to Tease a Girl: Understanding Push Pull

90% of teases are going to end up in a category of ‘push and pull’. The push-pull dynamic is a term coined by the pick up artist community to describe a commonly used technique of flirting. If you understand push pull, you understand 90% of the art of teasing. The push pull dynamic sends mixed signals, intentions and creates sexual tension.

The push is when you ‘push a girl away’ with a tease or a something negatively playful. For a push to work, you got to do it in a tongue in cheek style.

Here’s an example of a push:

‘That’s kind of annoying. We’re totally not going to get a long’

The ‘pull’ is when you say something that pulls her back in to soften the push. It’s normally done after a ‘push’. This creates an “I love you, I hate you dynamic” which is girls find fun and arousing. There’s research that suggest that mixed signals build sexual tension.

If a girl I’m out on a date with says something smart, I could say: “You’re kind of a huge nerd. However, being smart is kind of cute.” There’s a push and the pull in one sentence. I’m teasing her for being nerd and saying it’s a good thing.

If you’re interested, I did an in-depth article on the push pull dynamic.

How to Tease without Insulting Her

Teasing done right, isn’t done to get a reaction from the girl. Teases should be done in a tongue in cheek manner… also in way that it subtlety demonstrates interest. Teasing is NOT about using it as a ‘technique’ or a ‘line’. When a tease is done right, she’ll laugh, hit you on the arms or give you a slightly shocked looked.

Teasing should be done right at the right time. For example, if you sense that your interaction with her is getting a little dry, you can add some teases to spice things up. If you feel that she’s not comfortable with you, perhaps she doesn’t feel special enough. You should stop teasing her and ease up a little.

There was this one approach with a Korean girl at the club. I approached her with a direct approach. I held her cheeks in my hands and leaned in as if to examine her face. She seemed interested until the point where I threw in a disqualification.

Her face changed immediately and she signalled her friend to walk away. In this case, I wasn’t congruent with my direct approach, where I approached her expressing interest directly. Teasing has it’s right time and place in any situation.

Secondly, only teasing in the interaction may make it seem that you’re only interested in insulting her. It also demonstrates that you’re actually afraid of show your interest for her and that you’re using teases as a way to means cover up your lack of confidence.

Role playing is assuming imaginary roles between you and her and creating interesting scenarios out of it. Roleplaying is one of my favourite go to. The one I used to milk the hell out of is the husband and wife role play:

“We’re getting divorced, you’re keeping the kids, I get the TV and the music”

Other role plays dynamics can be girlfriend boyfriend dynamic, the crazy ex girlfriend, teacher and student and anything can imply a potentially romantic/ sexual interaction. You can also call back to the same role play time to time throughout your time spent with her.

Stereotypes are fun to play with. You can play around with common cultural narratives and jokes that are unique to your culture.

In Singapore (my home country), there’s a stereotype known as the ‘ah lian’. If a girl is ah lian, it means she’s outspoken and unkempt. I used to milk this stereotype. Stereotype styled jokes are culture and country specific. If you’re traveling to a new culture, it may be difficult for you to implement. I only suggest this method in a culture you are familiar with.

Here a one size fits all solution:

“I have this idea that everyone from [her country] is [borderline racist stereotype].”

This type of teases are usually delivered through an observation about an embarrassing physical or personal trait in her. Even if you’re just guessing and she doesn’t actually display that trait. If she does something clumsy, or loud, or attention-seeking. You can tie the behaviour to a children’s character, or an immature youth and expand on it to ridiculous proportions.

This style of teasing is mostly done situationally.

You can use conversational jump off points about her job or about her current mood and link it back to something childish. This should also be done positively, and not negatively. That’s the difference between a tease and an insult.

The sensible and irresponsible dynamic:

“You are the sensible one, aren’t you? She’s always having dumb ideas and you have to make the decisions before everything goes disastrously wrong.”

“You’re a bad girl. She’s a nice girl – I can see it in her eyes. You are trouble. I don’t trust you. My mother warned me to stay away from girls like you.”

“You’re the older sister, right? Always watching the baby one and keeping her out of trouble.”

Teasing can also be incorporated to disqualification. The basic idea of disqualification is to actively demonstrate to someone, that she may NOT be a right fit for you. At the start of every relationship, both parties isn’t invested in any outcome. She isn’t chasing. She hasn’t invested.

If done right, this can elicit her to start qualifying herself, value you more and maybe start chasing you a little.

To properly disqualify girls, you need to be of value first. This means you can’t be a bum and start disqualifying yourself. Only after you have built value, displayed status and demonstrated you’re a win for her. Then you can actively evaluate her.

Here are some disqualification lines you can use:

They all subtly say: I’m interested but I’m not quite sold yet, you got to show me more. I’m also screening and judging you if you are a right fit in my life. Through disqualifying yourself as a potential partner, you send ambiguous signals.

Ideally, a ‘gap’ is created between you and her and gets her to think ‘Who the hell is he? I’m hot, however, this guy doesn’t seem to want to get with me. Why is that so?’

Lastly, I enjoy using call back humour styled tease because it’s reusable and it relies on free association and improv skills. For example, early on in the interaction, you teased her about being nerdy. From then on, for every ‘mistake’ or ‘foolish’ action she does, you can call back to the tease of her being nerdy and relate the action to that.

In my experience, you can milk the initial tease a couple more times. However, she may start getting insulted if you bring it too far.

How to Incorporate Teasing to Touching and Touching

Just teasing a girl with words isn’t enough. There’s nothing inherently wrong with the push and pull style of flirting, childish teases and coming up with role plays. However, these strategies can become repetitive and boring. If you’re over reliant on teasing her, then you’re going end up with a lot laughs and a weird physical void. Sexual tension is never really reliant just on words.

You’ll need to add physicality at some point of the interaction or she’ll sense that you’re just masking your confidence with clever lines. Note: The more attractive you become, the more girls to expect you to lead the interaction. 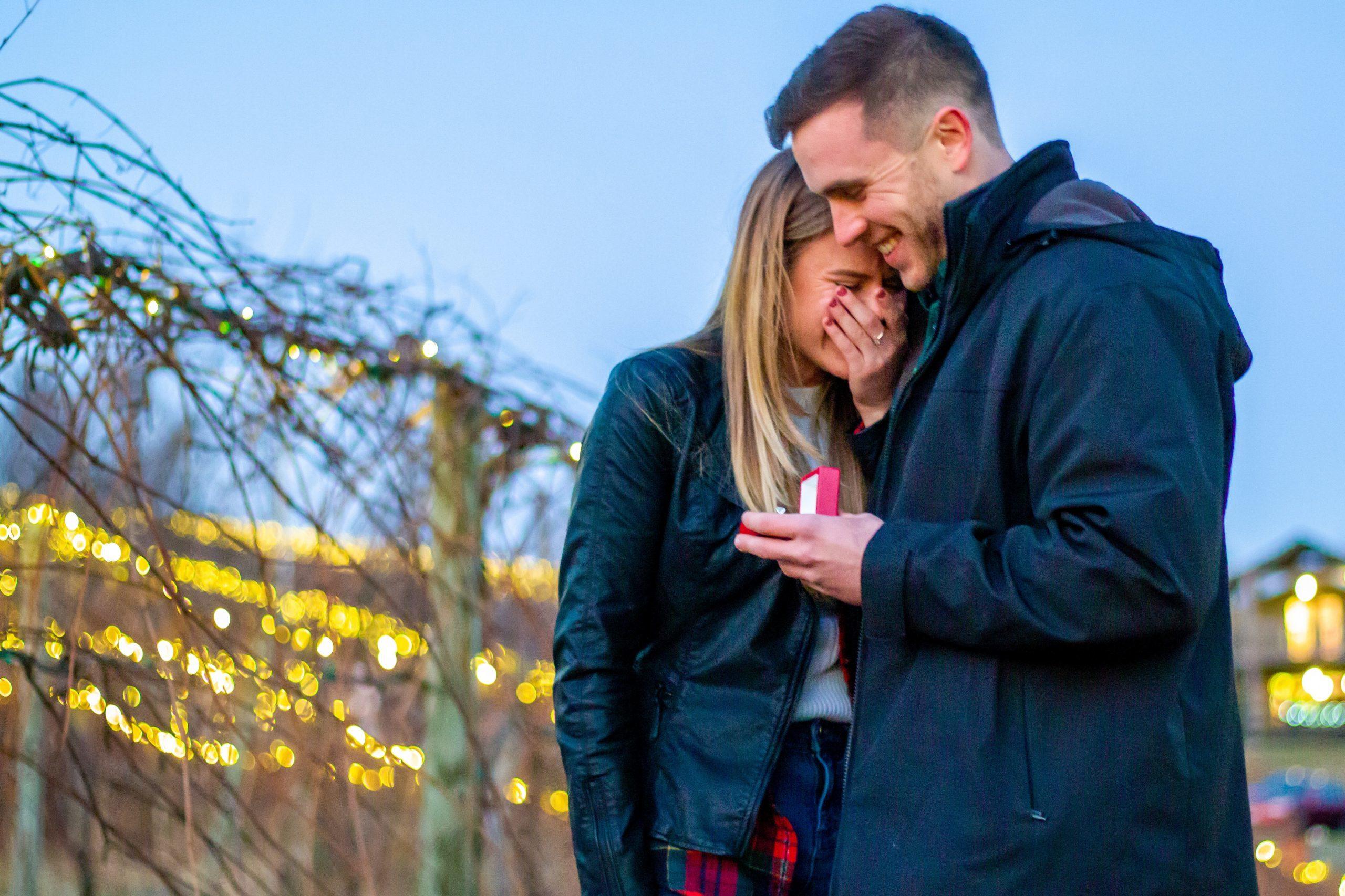 However, not to worry, to incorporate your teases with touching her, it falls back the the same dynamic of push pull. For example, you can tease her saying that she’s annoyingly childish and then reel her back in with a shoulder hug or front hug. Rinse and repeat this push-pull dynamic and you’ll get a sexually charged interaction.

“You’re either the really independent type of girl or so you’re one of those pretentious bankers with that suit and tie. I’m just kidding, I really like the outfit, it has a sexy secretary look to it.” +  Shoulder Hug.

If you’re looking for a more detailed process, you can take a look at my guide on how to touch a girl.

The push pull model remains in this process. There is a negative and positive to your words and actions. You can rinse and repeat this model in different variations during different phases your interactions and it creates sexual tension.

Ultimately, teasing is a core skillset you need to get down to set a romantic/sexual precedent in your interactions and move your interactions forward. Girls do it, guys do it and everyone does it. It’s the way people introduce sexual polarity between each other then.