How to Get a Girlfriend – The Smart Way (Online Dating Tips) How to get a girlfriend? Or the better questions is, how do you get your desired woman as your girlfriend? One thing was clear when I started out: if I wanted to date women I desired, I had to become someone worth dating myself. I read tons of books, hire out a bunch of coaches and went out night after night to night clubs, failed a lot and developed social skills.

How to Get a Girlfriend – The Smart Way

If you’re not good looking, rich or popular, don’t worry, many of my clients aren’t either.

In my experience, men facing perennial problems getting a girlfriend won’t make any conscious effort to step out of their comfort zone. They’ll complain all day but never invest any financial resources and/or effort in their dating life. They also usually end up with prostitutes and/or splashed huge amounts of money on dating agencies.

You have a choice here, you can visit prostitutes, meet a random somebody through a dating or match making agency, over paying for your dates 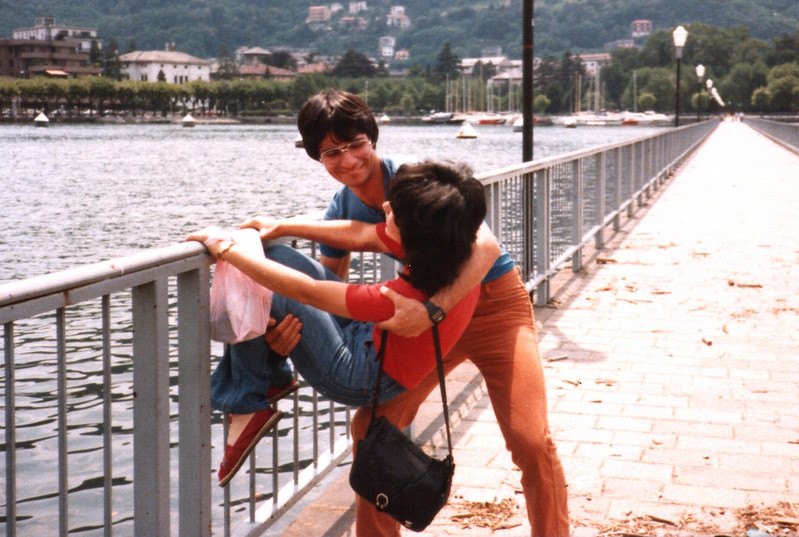 Tip 1: Fix The Root of the Problem and Learn to Attract Women

Hiring social escorts, paying for dating agencies can yield you temporarily results: but you’re still not solving the root of the problem.

The root issue is the ability: to start a conversation, express an attractive personality and connect with a woman on a date and… etc.

If you don’t treat dating and relationships as a skillset, you’ll never know how to make new connections with women on the go and you’ll be dependent on limited avenues such as your current friend circle to hopefully introduce you to someone. You’ll never be in a position of power of your own circumstances, so you can enjoy yourself with toys as the male stroker as well. You’ll also be severely limiting your dating pool. This is how millions end up with someone they are not really excited about… and call it ‘reality’.

If you are looking to get a girlfriend the smart and efficient way, then it’s about fixing your fundamentals and then putting yourself in front of a number of women.

Tip 2: Put Yourself In front of “X” Number of Women

The majority of dating/ social skills advice for men revolves around traditional ‘alpha values’ such as discipline, macho-ness and masculinity.

The truth is that getting a girlfriend is a numbers game to a certain extent. This is why understanding how to approach a girl and leverage online dating applications to get matches you want are extremely powerful methods.

This way, there’s no need to rely on friends or colleagues to HOPEFULLY introduce you to someone.

Imagine if you are able to get matches on your online dating application like this:

There’s something to be said of putting yourself out there to meet women. However most people hesitate in this area maybe because they are afraid of what their friends might think. Or maybe all your friends are losers and don’t desire to change their dating life and you’re left alone.

You need to be able to act despite that.

You must take responsibility fully for your surroundings. Take leadership of your own actions. I’m not saying ditch all your friends and try to sleep with the entire planet, however, I’m saying, you need to put yourself out there and take risks.

You can argue that attractive women lived a good part of their lives with men (and even women) deferring to them, purchasing gifts and expensive dinners. It is also common to see beautiful women splashed on advertising campaigns. They are the prize, and you have to ‘earn it’.

One time, I went on a date an attractive girl. On text, she bored me to tears. I was wondering if she was how she’s like in real life conversationally. It turns out that her conversational skills borderline around one lined sentences of boring and blunt. Similar to her text messages.

On the date, she rarely initiated conversation and was more focused on taking selfies. Trying to relating to her as a human being was a total chore. I was disappointed. I was expecting much better. She’s an academically accomplished individual that came from a top tier University. I thought I’ll be able to stretch my intellectual muscles with her. However, I ended up bored out of my mind.

There’s no need to put her on a pedestal.

I ended up wasting an entire evening. I should have cut short the date and went home.

Through the advent of social media, there has been a rise of ‘influencer’ culture. These influencers usually entail physically attractive women that leveraged on their physical looks to build a following on social media. I can’t name you the number of acquaintances I have that buy into and worship these so called influencers. Tracking, liking and worshiping their every step and post. 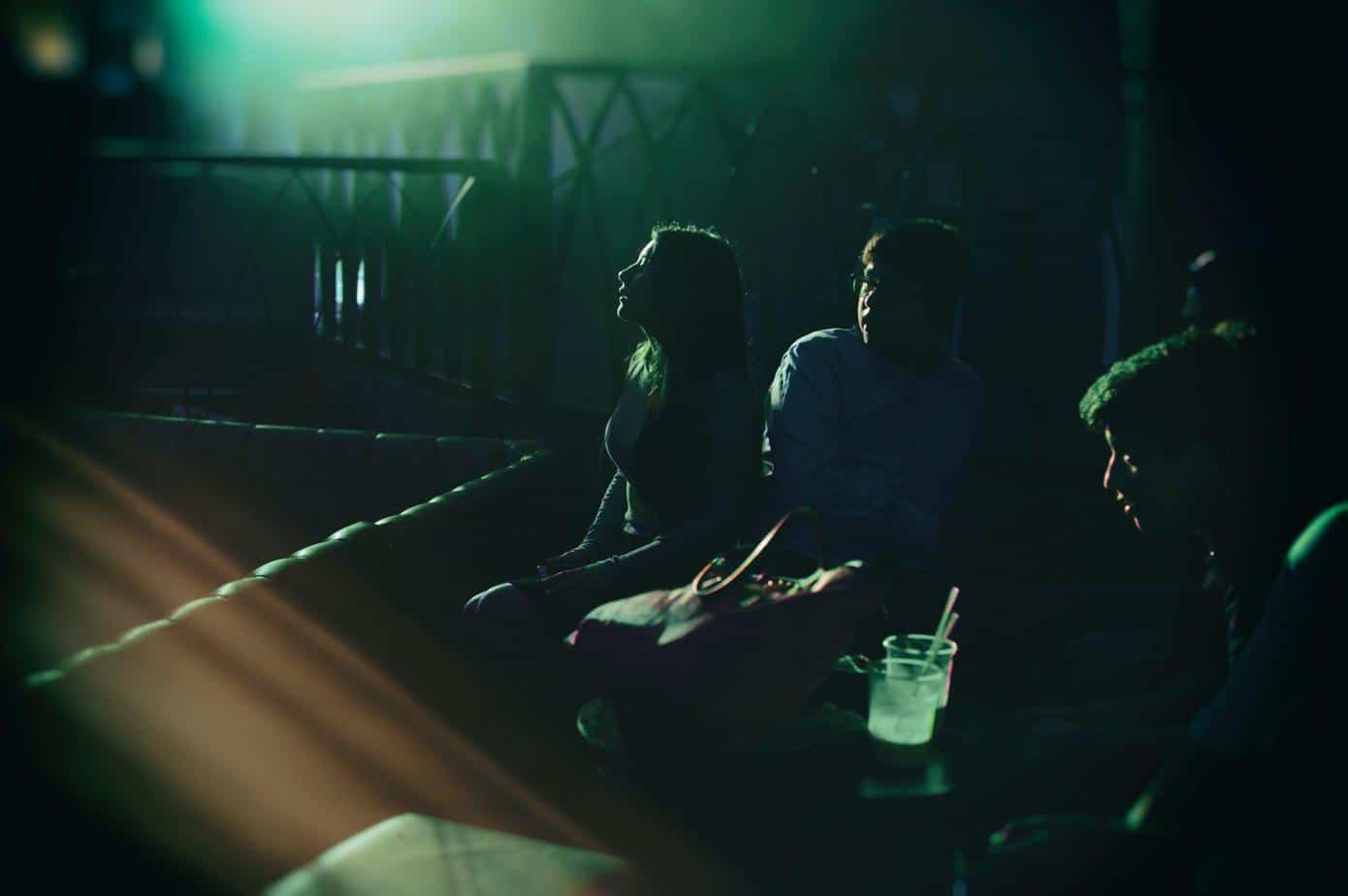 You aren’t going to be a self invested male this way by putting women, celebrities and people on a pedestal. Instead of focusing on you, you are focused on them. Yes, they are attractive. However, these women won the genetic lottery. Unless they built a business or have inherently personality traits that you can reasonable with, you should not be looking up to them, stalking their lives… much less worshipping them. This is the same for celebrity culture.

In short, stop putting women and/ or people on a pedestal. Earn your own worth and judge the world accordingly.

It’s suggested that the industrial revolution lead to an entire generation of mothers taking care of their sons in their adolescence. Hence, instead of having fathers growing, playing beside their sons, sons only see them after school due to the long hours spent at the factory. Children then go to bed and the routine repeats itself. The end result? One entire generation of man without masculine role models.

I’d like to point out that this isn’t just an issue faced by Asian cultures but Western cultures too alike.

There are no lack of teachers (and role models) in the world. You can invest in yourself through self-education. There are multiple biographies that you can read and learn from.

Tip 3: Narrow Down Your Ideal Woman and Generate Ideas

You need to be able to appreciate and screen a girl for non-physical traits that you value in a woman. It’s important for you to sit down and ask yourself what do you like and not like about girls. This is inspired from the concept of qualification popularised by the pick up artist community.

Instead of using qualification simply as a strategy, you should do this as a personal standard you set for women, your peers and everyone in your life.

For example, some of the personality traits that I value in a girl are intellectual curiosity, nurturance and kindness.

You should actively screen for these personality traits in your interactions with girls. This not only demonstrates that you have standards, it also screens out girls that you do not enjoy being with.

For example, you can ‘screen and qualify’ a girl by asking her about activities that she does for fun, the books that she read etc. Caveat: qualification as a conversational strategy can be used at the wrong time and place. One of the classic mistakes I see is guys asking a girl if she can cook in the middle of a club. It’s totally out of context. That’s when you rely on dumb pick up artist strategies.

Secondly you need to ask where to these types of women hang out? Are they hanging out in bars and clubs? Are they hanging out at hipster cafes, Universities or artsy museums? Reverse engineer demographics and starting putting yourself in these places. Then learn to start a conversation with a girl. Social skills can not only be learnt, but it’s also going to play a huge role in your success in other areas of your life. Show me a job that doesn’t require you to communicate effectively to another human being? The answer: none. No matter what you do, even if you’re a low-level executive, you’ll need to communicate with your boss, your colleagues, clients, your suppliers, distributors… the list goes on.

I built up my entire range of communication skillsets solely from learning how to talk to women.

In the age of the internet, there’s no lack of information. You can almost learn any skillset for free in the world. Test out ideas in real life. Run trials. Take some risks. They are all forms of self-leadership. These pursuits demonstrate that you aren’t a blind rules follower and are willing to take risks. Hence, you’ll be perceived as an attractive individual to women.

For a long period of time, I obsessed on a single goal: attracting as many women as possible. This single pursuit slowly morphed to entrepreneurship and personal growth. I developed an interest in subjects such as psychology, boundaries, attachment theory and emotional growth.

Some of us didn’t have a choice and maybe grew up in strict religious upbringings in our childhood. Or maybe we’re told to study hard, focus on our careers and everything is going to pan out. However, the responsibility to take control of your life is on you. If you wish to get a girlfriend you truly desire, then getting your dating life handled is never a price too steep to pay.

Previous Post What Are Personal Values? – Develop Integrity and Purpose Next Post How to Date Singaporean Women – Does Money Matter?