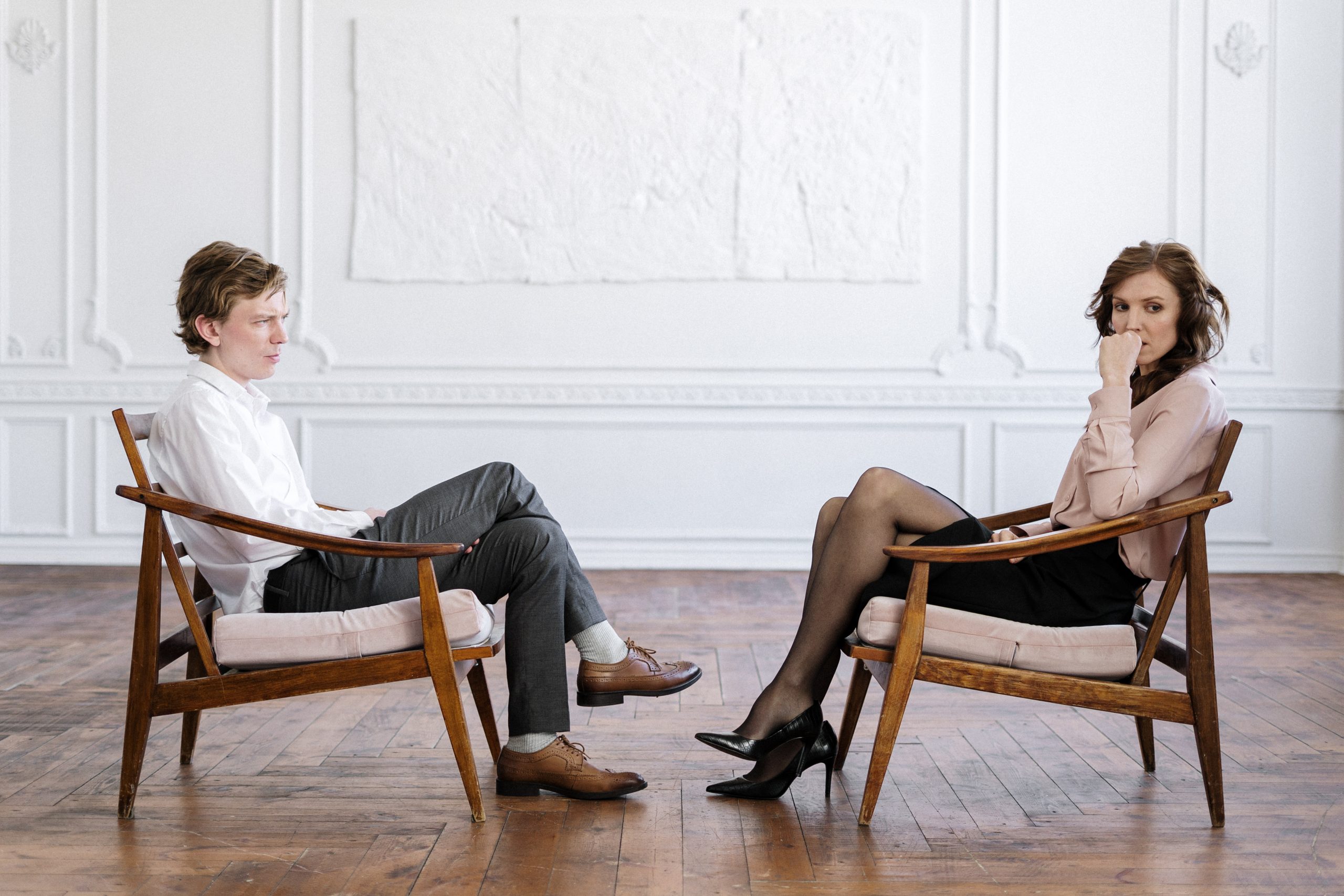 How to Get Your Ex Girlfriend Back without Being Desperate 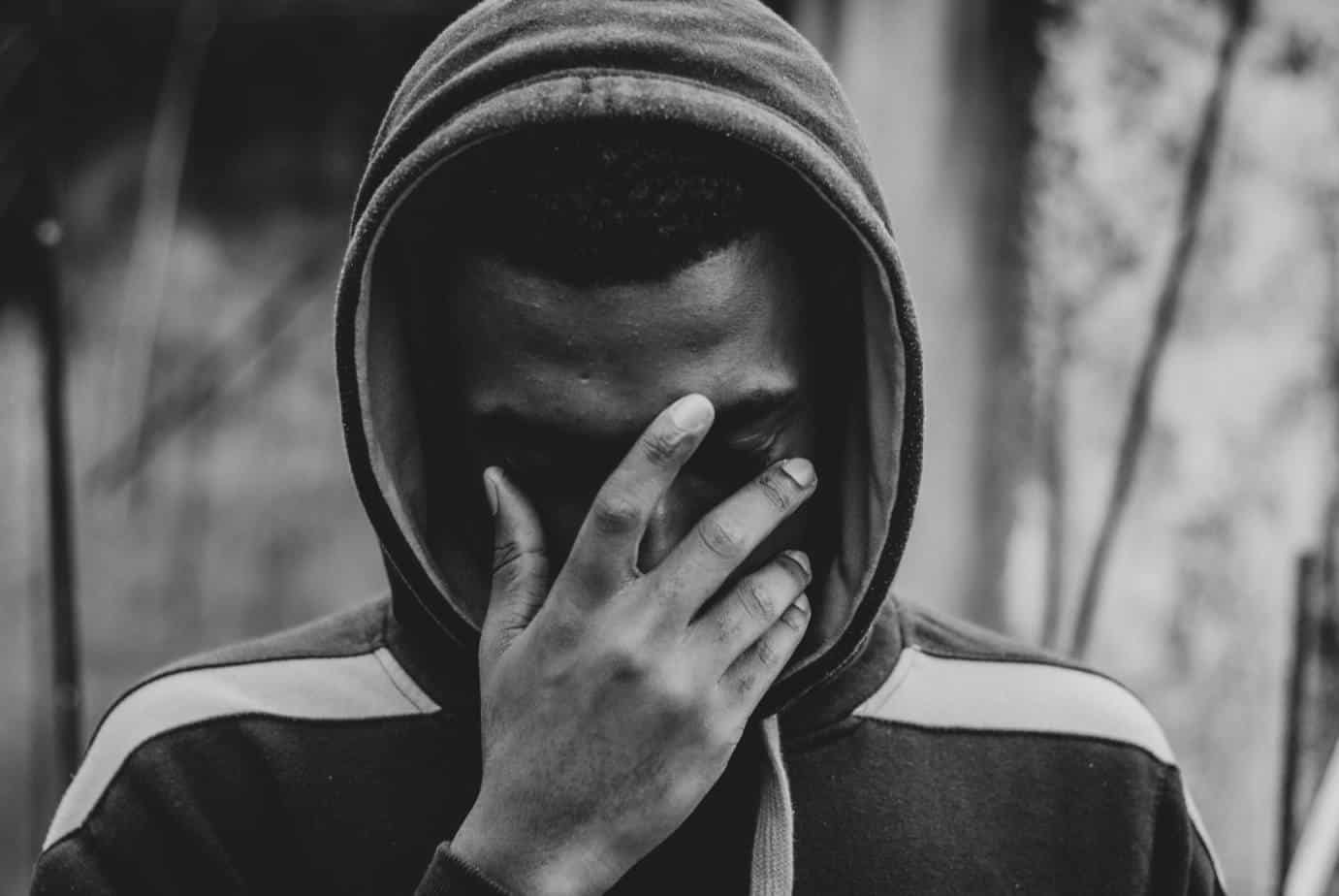 How to Get Your Ex Girlfriend Back without Being Desperate

These clients probably got dumped out of the blue and now they’re trying to get their ex-girlfriend back. There are solutions to this, short-term solutions that will rely on game theory and short-term psychology tactics. The first short-term strategy you can use is actually using the pick up artist concept of: changing the frame. When you change the frame, you are changing the underlying meaning of the interaction between you and her.

So firstly right, let’s assume that you are the one being dumped. 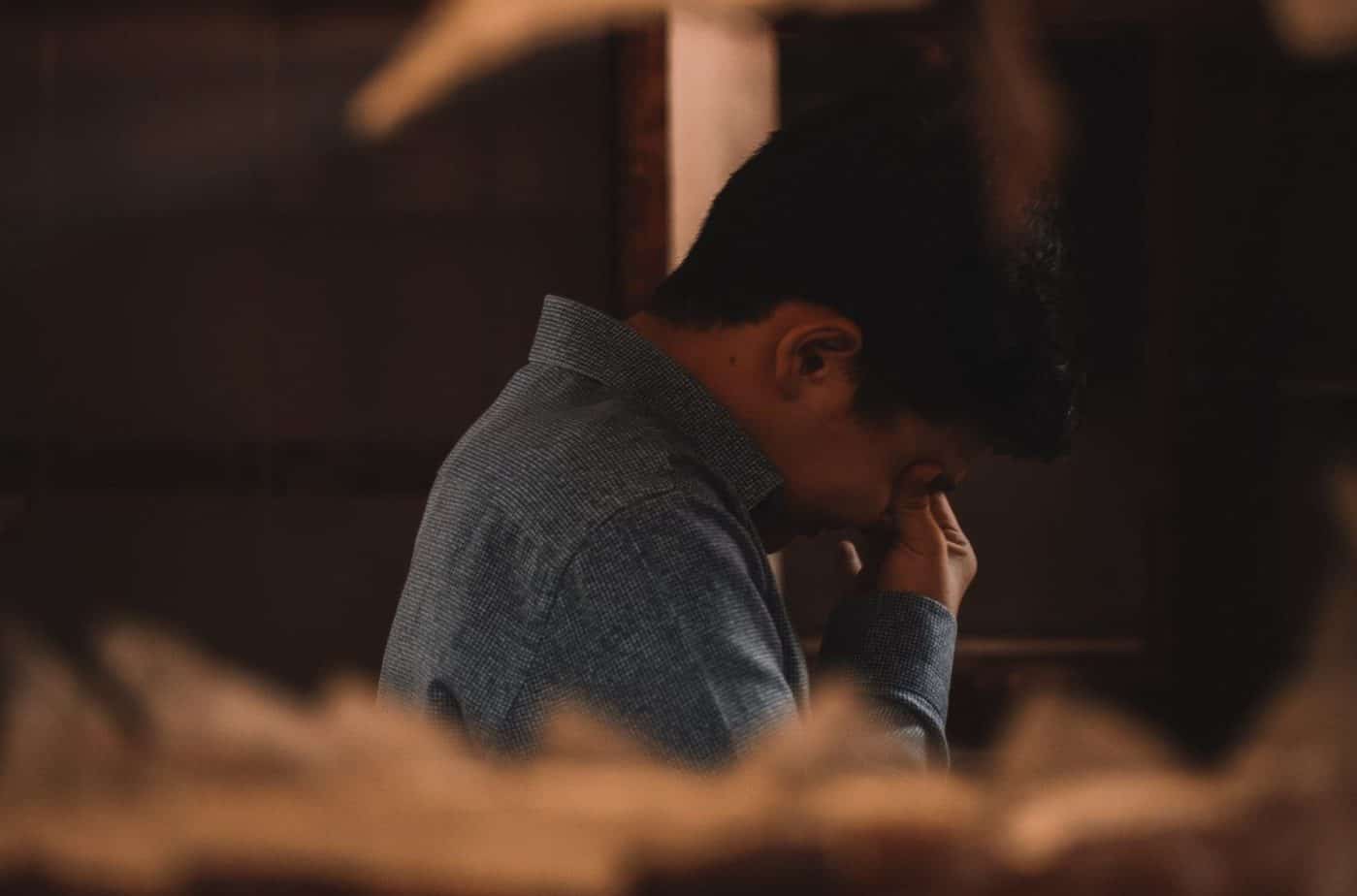 So Marcus, what do you mean by changing the frame? When you change the frame you’re actually reversing the rules. This means, demonstrating that: we have broken up, I’ve moved on with my life and I have better things to do, and I’m going to lead a life with or without you. This is what I mean by the underlying meaning behind changing the frame.

Of course you know in Asia it’s pretty … a tightly knitted society so news do get around. So yes, one of the most simple ways is to actually, you know, demonstrate that you are actually doing well in life without her. So that can be easily demonstrated on social media unless she blocks you (read: which is a pretty smart thing to do.)

I know so many couples that have broken up, they still text each other for some inane reason, and normally there is always one partner that’s trying to get back the other. Or there’s like some level of resentment and they are still trashing things out. Or both sides are being really reactive and there’s a whole, you know, rollercoaster dynamic right there, so one of the best ways to actually change the frame through a texting perspective is to actually give neutral responses, right?

Instead of pleading or trying to get her attention or trying to bribe her over with money, compliments and all of that. It’s better to give neutral responses in your text messages.

For example, if she’s trying to get some validation from you or she’s trying to initiate the conversation, or maybe she’s asking you:”do you ever see us getting back together?” You can actually reply by giving a neutral response which would entail something like, “I don’t know, but I wish you the best and you know, I’m pretty busy with this, I’ve actually tried out this new thing,”

It’s actually kind of going back to the days where you just met and trying to kind of demonstrate value again. Let’s be honest, a lot of people break up for different reasons, and one of the reasons is because the male or the female has actually, you know, gotten lazy in maintaining that relationship.

Compare this to the time when you guys first just met and both sides are actually putting in effort to put your best foot forward so that you can get her as a girlfriend or she can get you as a boyfriend. Hence, the short-term solution is change the frame, change the underlying meaning of the interaction between you and her.

However, I want to talk a little bit about the long-term solution, I want to talk about something that is not commonly talked about. This is the psychology of getting over your ex girlfriend. That’s because if you do not apply these processes, after the breakup, you’ll find yourself chasing that approval, your old traumas are being triggered, your abandonment issues are being triggered.

5 Stages of Grief and Loss: How to Heal from a Break Up 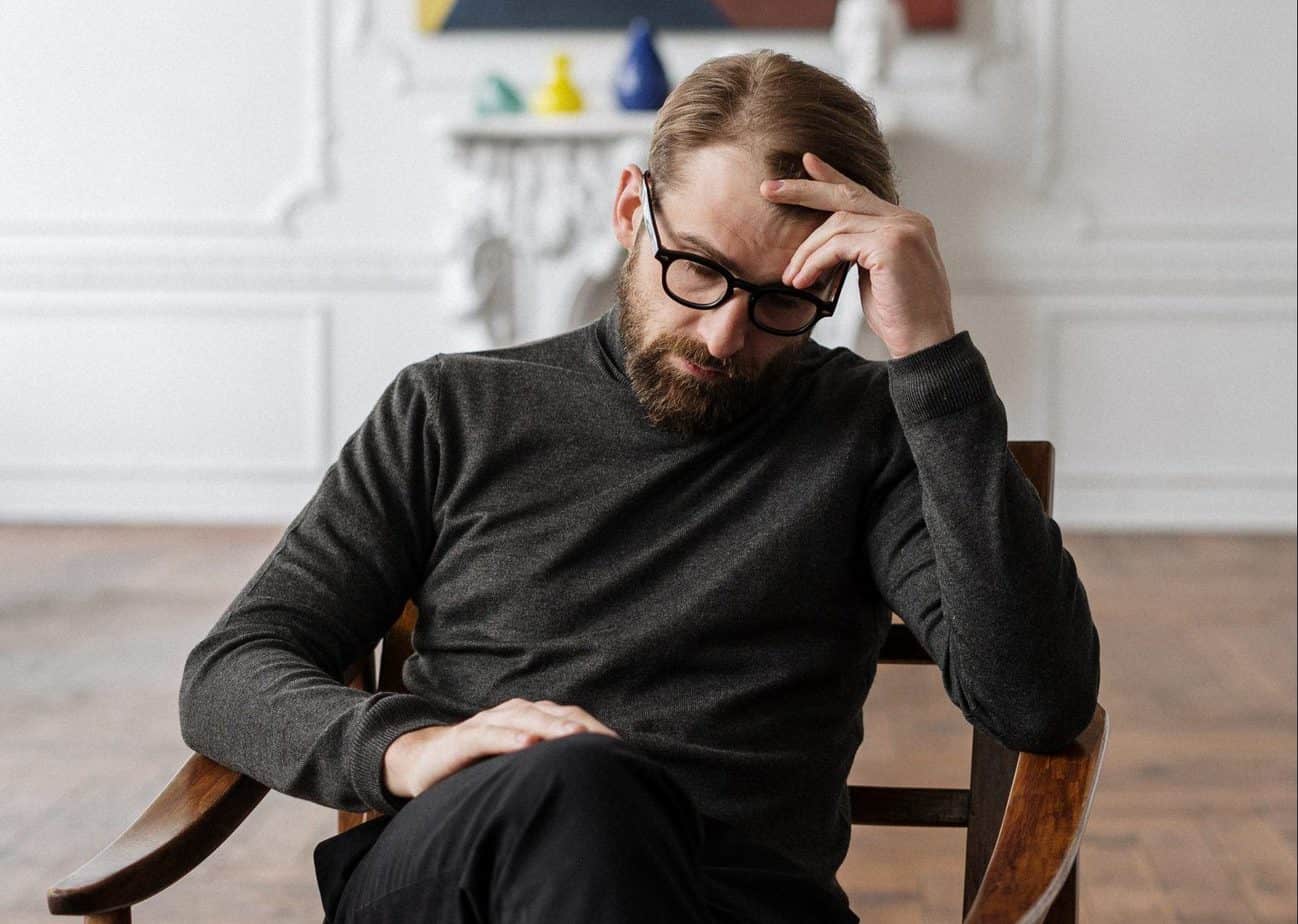 It takes time to heal from an affair and completely understand your ex’s infidelity. Unlike all other dating coaches that tell you to just ‘man up’, I am going to tell you it’s very normal for everyone, men or women, to go through a grief process of loss. This is researched in psychology: the five stages of grief.

The five stages are anger, denial, bargaining, depression, and acceptance. These five stages literally roughly mean those words. They do not come one after another and are an interconnected process where you can jump stages or you can experience this stage before that stage.

This was true for me from my own experience. When I was a teenager and I got dumped over just one text message. I was in denial. I was in denial for months until when I enlisted into the Singapore military and that’s where it all hit me. I was angry and I was sad all at one go. It all hit me and I broke emotionally. So this is why we need to heal. We need to grieve.

This grieve process is not spoken about. This isn’t addressed properly enough in especially Asian culture where the “man” is supposed to actually just be the tough guy and just take the loss. “Just take it on the chin”, and just move on! Let’s not address it, repress it and push it down. Only to find it boiling up after three months, half a year, or a year. Then you might end up going  into a fit or do something silly.

The Psychology behind 5 Stages of Grief and Loss

It’s that psychological loss will only heal if unnecessary containment such as unreasonable guilt and resentments can be worked out through. This plays out by trashing it out with your ex and achieving closure. This is why initially when you first break up, it’s quite important to trash it out and to lash it out.

The second method suggested is to help the individual be prevented from feeling isolated and help to feel connected to others.

The third one is having a positive outlook.

So let me expand on these two last methods. So assuming that you’re going through a breakup process, you are still in the process of healing, of grieving. It’s important to get support. This can come from your community, from friends, from coaches and from therapy: through a clinical psychologist or through a licensed therapist.

I recommend therapy because especially when we’re young, our friends are not actually matured enough to actually guide us to the correct direction or to actually feel with us or sympathise or empathise with us.

This was true for me when I was a teenager. I remembered that after I broke up like for two weeks, my friends were at that point of time having a meal with my ex-girlfriend and posting it on social media. I felt butthurt about it. Getting psychologically support from friends might not be the best option.

The thing with relationships and breakups and psychology is that a lot of things can get messy. There’s a lot of nuances and weird things. The opposite party across you might be judging on it. Relationships are messy, people break up for all sorts of reasons, for irrational reasons, for weird reasons.

This is why I actually recommend looking into psychotherapy, into getting a therapist to actually guide you through the process. These people are usually much older than you, they are licensed, they have six years of clinical training to actually practice as a psychologist. You’re also dealing with science in a clinical setting and decades of research. Sometimes, I would pick that over having friends’ advice or friends’ support. Unless you have a really good friend who’s highly empathetic and highly sympathetic, and is able to truly empathise with you without judgment. 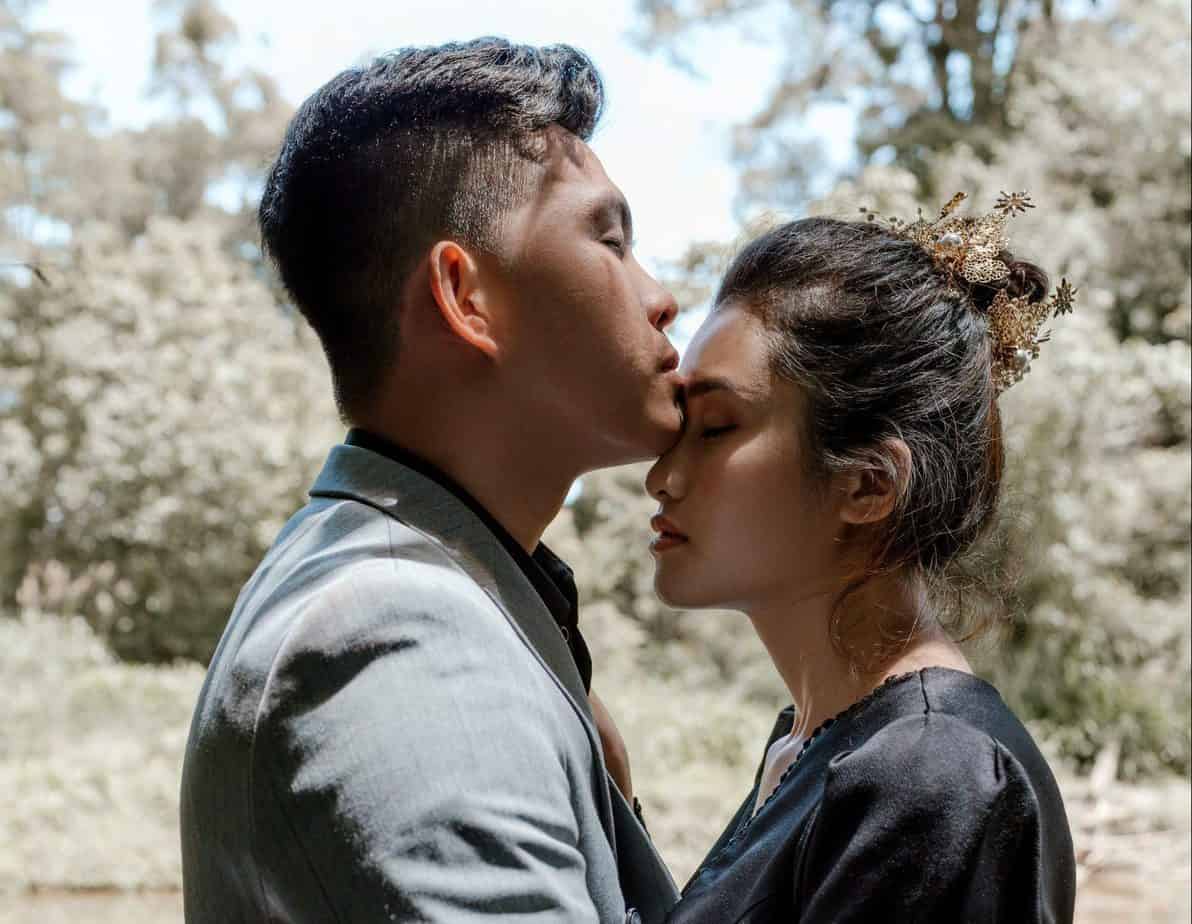 Here is where I want to get into the long-term solution.

Some clients when they come through my marketing funnel when they’ve just broken up, they’re actually looking for a short-term solution which is trying to get an ex-girlfriend back. Trying to find out a strategy, a way, or learn ‘game’ just to get a ex-girlfriend back, as a control strategy against hurt and abandonment trauma and emotional growth.

The long-term solution is to actually understand the psychology of your breakup, of why you ended up breaking up in the first place. For one, rollercoaster relationships are a huge reason why people break up in the end, because you were leading an unhealthy relationship with her.

This is why when you break up you’ll feel super triggered and you’ll feel like your life is ending. That’s because as a kid it’s your interest to survive and you need that love from your parents. Now that you’ve grown up but your psychology is not matured enough and now that your girlfriend or your boyfriend has dumped you, this is akin to your parents abandoning you and going against your needs for survival.

Hence, a long-term solution is to actually understand rollercoaster relationships, understand the psychology of why you guys actually broke off right. And whether it is a healthy relationship in the first place.

I was in a mess after my ex-girlfriend dumped me over text message. I remembered spending the next three months in a living hell in my head trying to get her back, trying to get her on the phone. I emotionally broke down all alone on a military island. That was the point where I realised that I really didn’t have it down right.

On the contrary, within eight days into the first 14 days confinement in the military, I broke down and everything just went haywire. I wasn’t even motivated to actually achieve in the military. This is why I want to stress: emotional health, understanding the psychology of relationships and dating is extremely important.